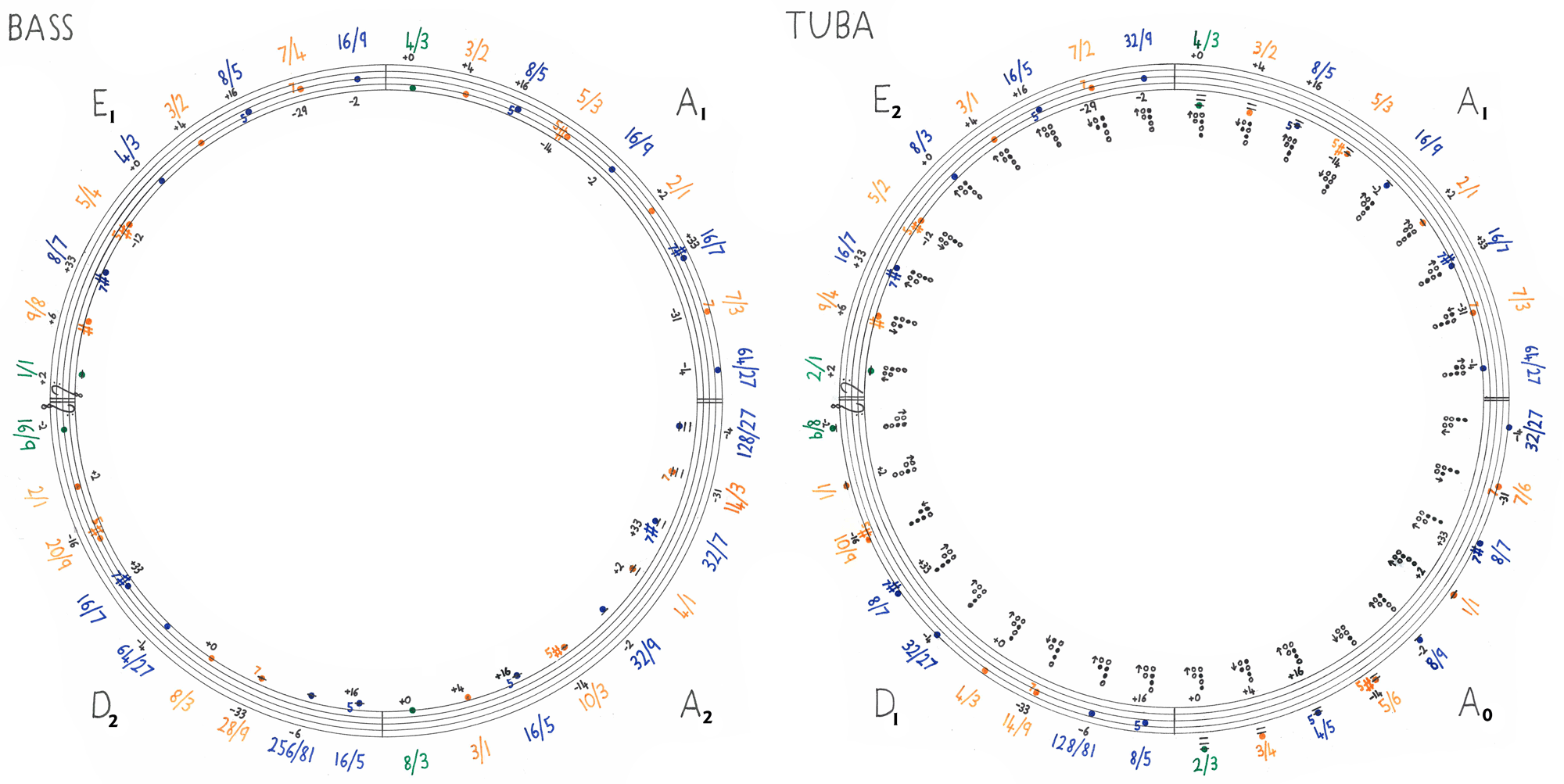 Borromean Rings is a graphic score for double bass and microtonal F tuba, composed for the duo Reidemeister Move (Christopher Williams, double bass, and Robin Hayward, microtonal F tuba). Performing Borromean Rings might be best compared to playing a board game such as chess. Notation is used to define a field of possible moves for navigating within harmonic space. Unlike chess however the idea is not to overcome the other player, but rather to challenge them to explore continually fresh avenues within the harmonic framework and rhythmic, timbral and noise-based delineations laid out by the score.