The piece was inspired by a fragment from the Ancient Greek music theorist Archytas, in which he outlines various methods for calculated the midway points between two tones. Applying his ‘arithmetic’ and ‘harmonic’ means iteratively to an octave results first in two smaller intervals, and then to two sets of yet smaller intervals. These form the basis for a three-part canon, whose inversion, retrograde and retrograde inversion form separate quadrants of the circular score. 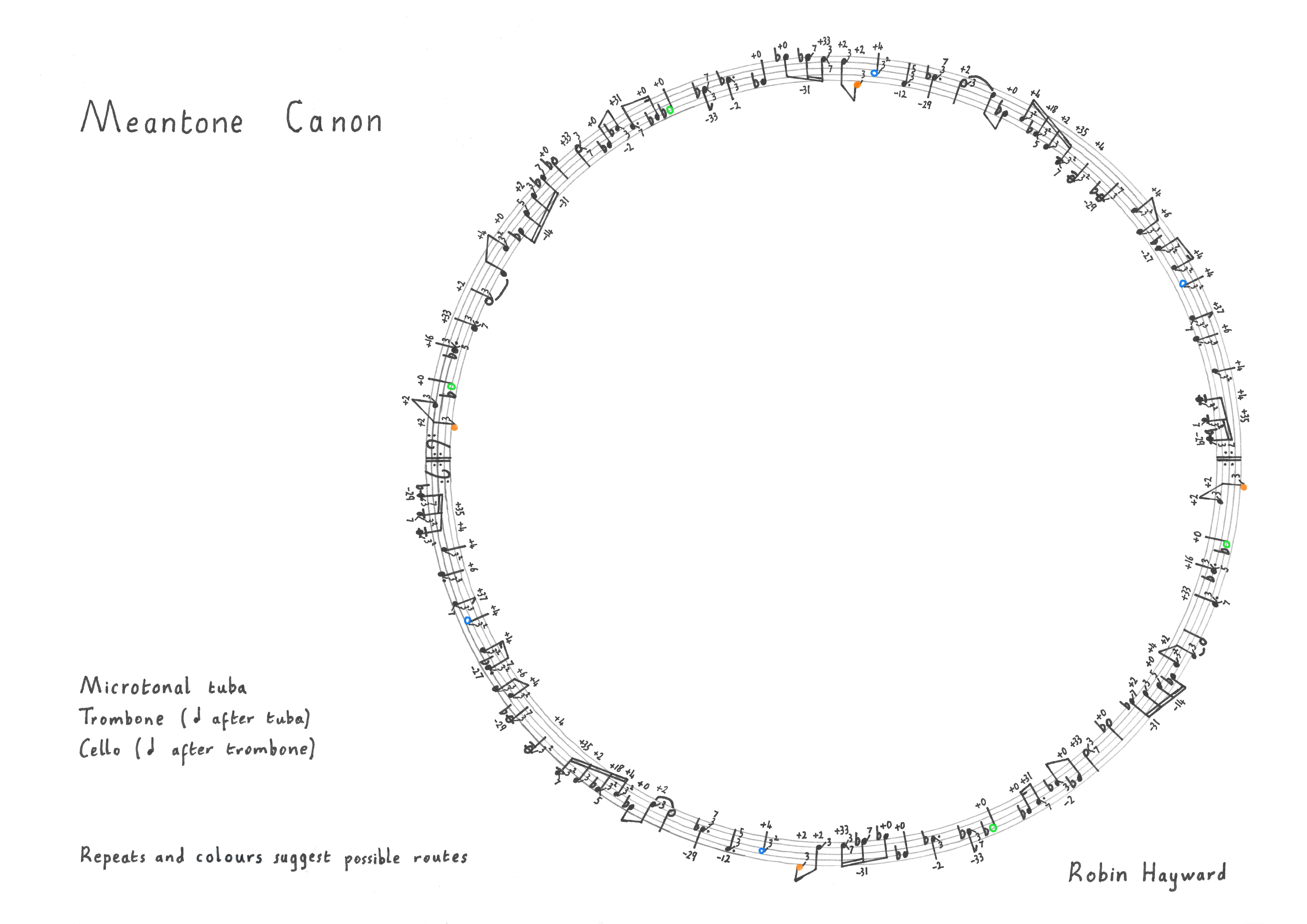