Stop Time was commissioned for a festival of the same name taking place in Leuven in 2013. It is the first piece to use a subset of the three-dimensional physical version of the Hayward Tuning Vine, invented in 2012, as a musical score. The harmonic space implied within the four cubes contained within the subset, based on prime numbers 2 (octave), 3 (perfect fifth) and 5 (major third), is explored by the acoustic instruments and projected via the surround-sound system onto the physical space of the performance area. Harmonic space is projected onto physical space, thus 'stopping time'. 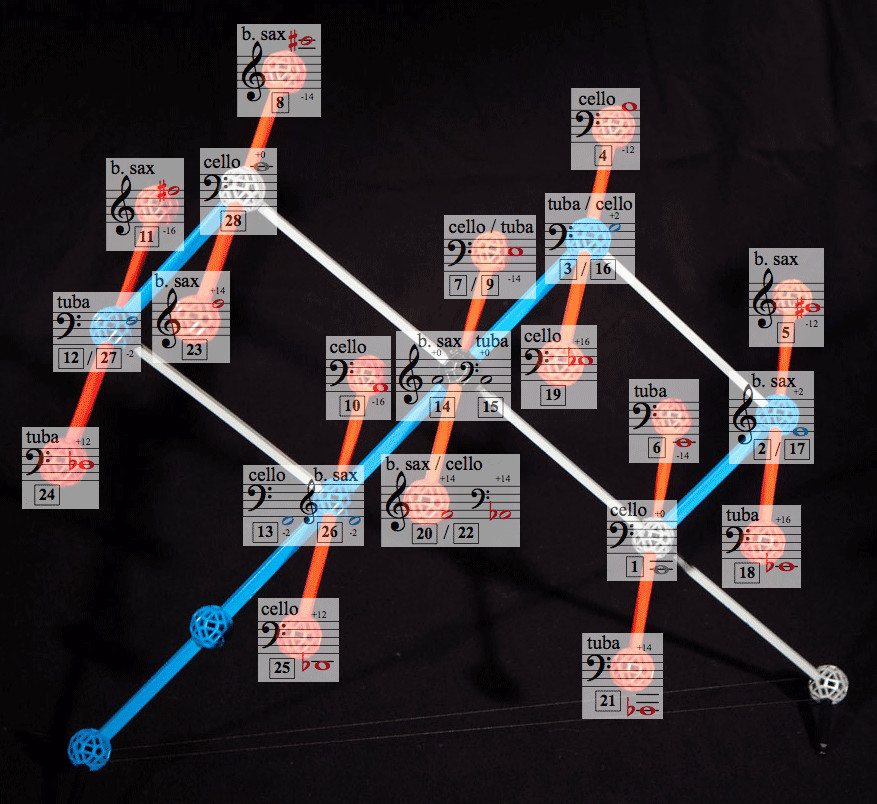 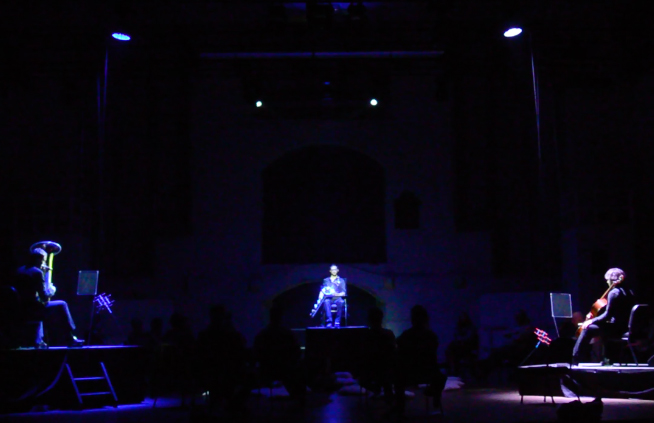 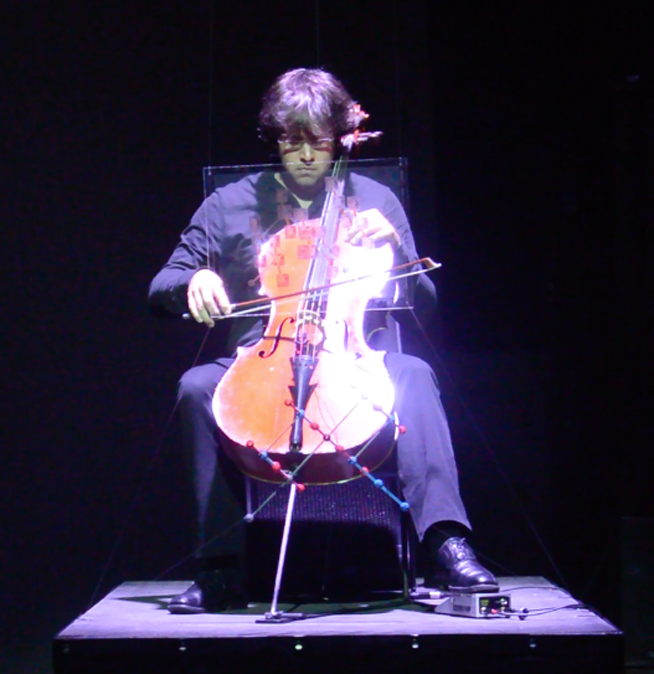 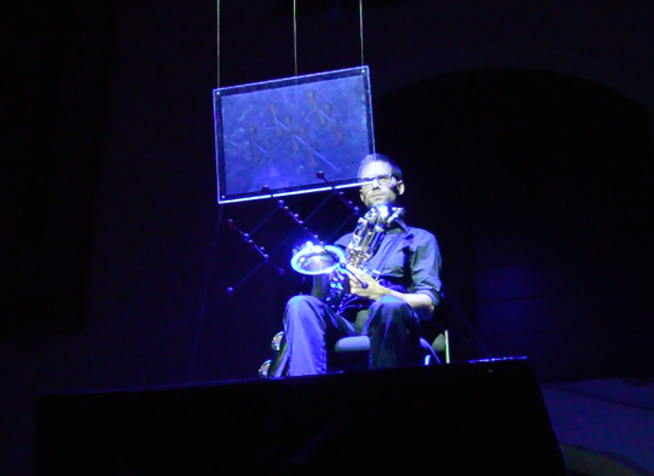 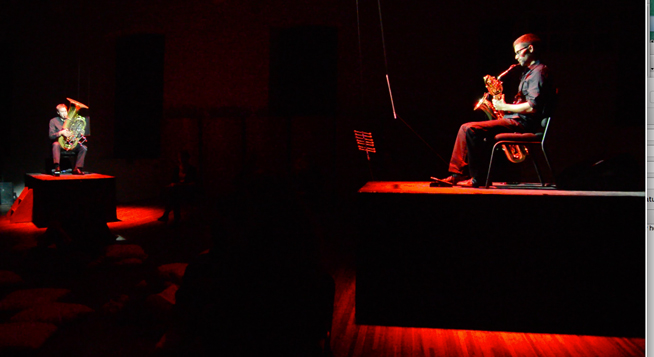 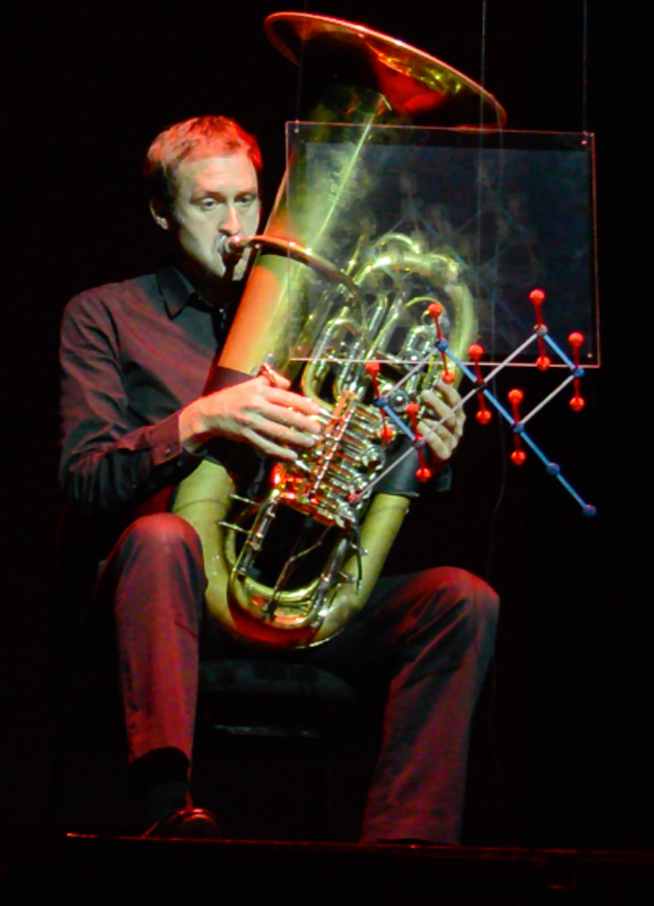