The F tuba is viewed as a double tuba in F and C, the valve systems of which are tuned as undertone rows hanging respectively from E5 and B4. These pitches, recorded towards the beginning of the piece, act as reference tones which are played back from two different directions within the performance space, whereby attention is paid to the particular qualities of the performance space. Because the 6 microphones and loudspeakers are widely spread out within the performance space, they filter the timbre and room sound in different ways, and other sounds which happen to be taking place may also be recorded along with the two tuba pitches. The title is a reference to the place where the piece was premiered, an underground station built in the 1920s that had never been called into operation. The gradual movement of the two reference tones, first moving towards each other and then passing through each other, was inspired by the idea of trains simultaneously passing through the underground station.

ʻUnderground Musicʼ is dedicated to Gregorio Karman, without whose technical support it would never have come into being. 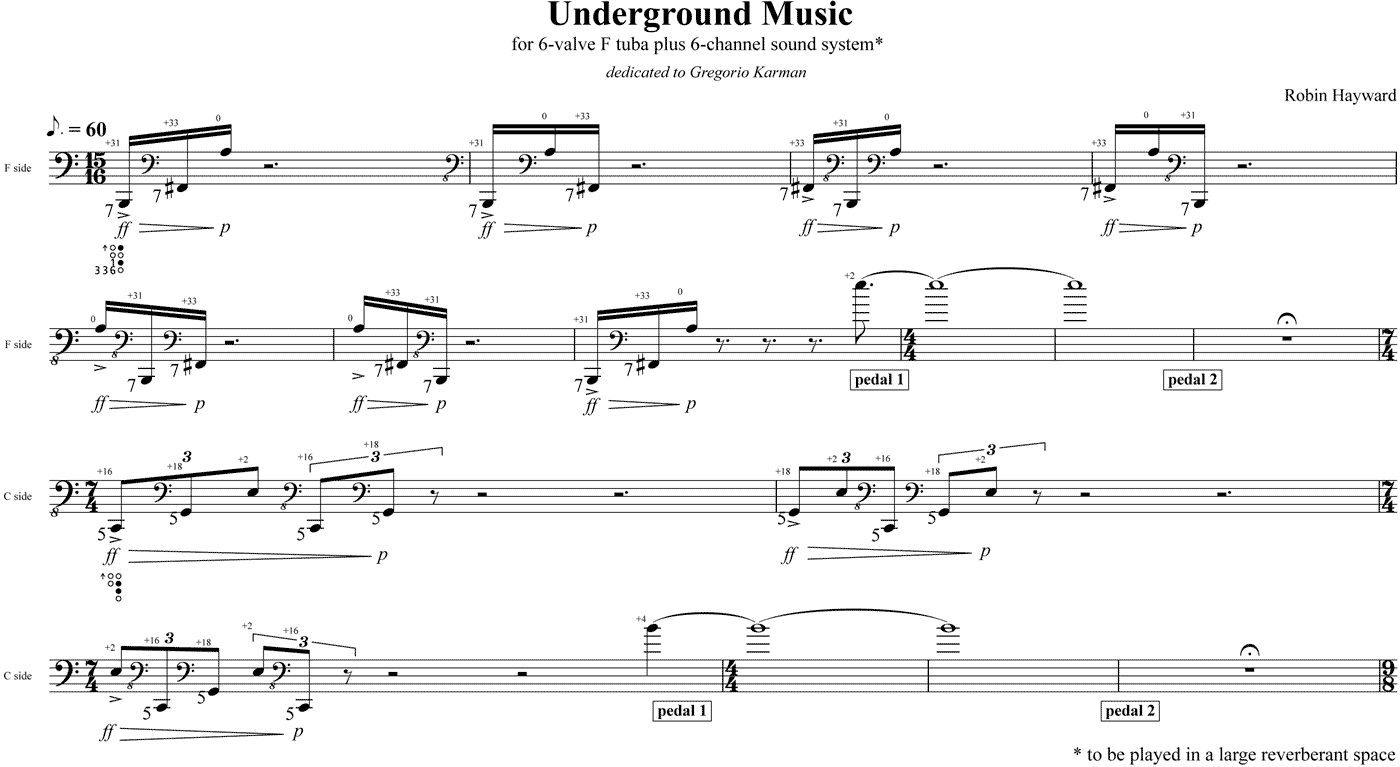