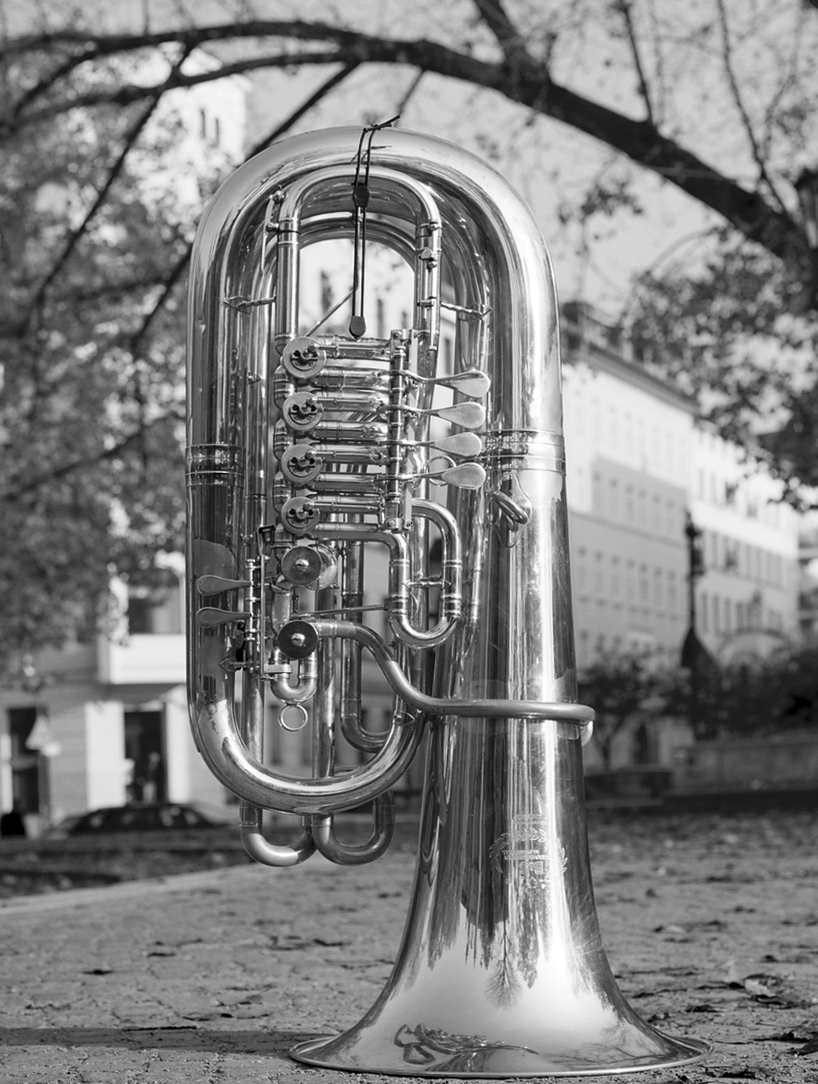 'Hayward's microtonal tuba makes possible a huge range of pitch and timbre... an instrument assigned too often to the lugubrious low end of the spectrum, Hayward's tuba is discursive across five octaves.'
- The Wire (from review of Tables and Stairs)

Originally conceived by Robin Hayward in 2003, the first fully microtonal tuba was developed in 2009 together with the firm B & S, with support from B & S and the Berliner Senat. The new system makes it possible to play every conceivable pitch throughout the instrument's five-octave range. All tuning systems, both tempered and non-tempered, thus become readily available. The microtonal fingerings follow a clear logic which makes them easy to learn and use intuitively, and a detachable valve mechanism makes it possible to alternate between the standard and microtonal systems on the same instrument. This gives the player time to grow accustomed to the new fingerings whilst maintaining the option of using the standard system.

The Microtonal Tuba: Capabilities and Opportunities
A player-oriented introduction to the microtonal tuba published in the ITEA Journal Winter 2013
Pitches Treated as Noise
Interview with Arie Altena published in Travelling Time in February 2012.
The Microtonal Tuba
Extensive article on the recently developed fully microtonal tuba tracing its history back to the original tuba patent of 1835, published in the Galpin Society Journal in March 2011. Winner of the 2012 ITEA Clifford Bevan Award for Excellence in Research.